The post, “Why I’m Saying Goodbye to Apple, Google and Microsoft,” shares the blogger’s desire to rid himself of common cloud tools, answering question like the following:

So why am I typing this on a laptop running GNU/Linux, the free software operating system, not an Apple or Windows machine? And why are my phones and tablets running a privacy-enhanced offshoot of Android calledCyanogenmod, not Apple’s iOS or standard Android?

Of course, I have to agree. I have said “Goodbye” to cloud services again and again, but always find myself creeping back to them, unable to escape the convenience Google’s suite of apps offer me for work and home. In fact, I run GNU/Linux (my latest flavor is LinuxMint Cinammon 64bit for PC, and 32bit for my aging white Macbook I bought in 2007 at Wes Fryer’s recommendation). I seldom use Windows and Mac OS.

In this time of Google Chrome OS, Chromebook, I find myself in an uneasy compromise. As I ponder my next big purchase for technology, especially in light of Macbook Air’s switch USB-C, I have decided that my purchases will not be so dramatic: 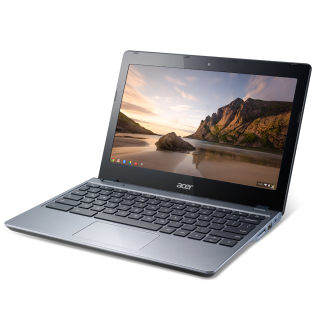 My total cost for this setup is a LOT less than buying an Apple device. While I wish I could go “off the grid” with my mobile phone, being ON the grid is valuable, too. As a result, I’m sensitive to how to better control my social media content, as well as sharing “private” information. After all, if it’s private, it’s probably encrypted and unavailable easily online.
I also use Gmail for my public email, but I also have a “private” email, as well as encrypted email accounts. I don’t advertise the latter, except to a few friends (all of them law-abiding, American citizens).
I wish I could leave Google, Apple, Android behind, but the truth is, I need them for my work. I’m not likely to setup an email/web server for my own use to safeguard my privacy, but I do take advantage of other tools to encrypt my data as much as possible.
The author of the web article Dean asks about is right:

Control is moving back to the center, where powerful companies and governments are creating choke points. They are using those choke points to destroy our privacy, limit our freedom of expression, and lock down culture and commerce. Too often, we give them our permission—trading liberty for convenience—but a lot of this is being done without our knowledge, much less permission.

For now, I’m trying to walk the fine line. If I lived in a country other than America, I might take more dramatic steps. For now, in spite of the NSA’s and CIA’s breach of American’s privacy, I will continue using the tools I must for work, and to a lesser extent, my own.
Everything posted on Miguel Guhlin’s blogs/wikis are his personal opinion and do not necessarily represent the views of his employer(s) or its clients. Read Full Disclosure