Like a grown-up watching an errant child go astray, I could see a colleague’s head shaking as he muttered these words into the Twittersphere:

What!? Antiquated thinking? That’s a first…NOT! May I have some fun with this? I want to play with the ideas here as I explore my biases. What I don’t want to do is suggest enmity or profound raucous disagreement.
Follow-up tweets from my esteemed colleague, @mrhooker included the following:
Ah, wisdom of the ages in 140 character tweets. Let’s take these words in turn and ask a few questions. As it’s late at night, I’m about worn out. But some questions come to mind:
1) “Interactive.” You mean “interactive” excludes using technologies other than the iOS devices? Why do you think that?
2) Instant, Engaging Access. Obviously, many human beings were engaged with technology provided they had access to it. If you don’t have regular access to technology, then it’s difficult to be engaged…iOS devices are being issued to students individually, but wouldn’t other devices be as successful if they were simply made accessible? I’ve yet to see a child turn down a device that was their ONLY way to access a world of content, ideas, and creativity tools.
3) “Not replacing current tech.” Now, this suggestion has merit, far more than the previous points about interactive, engaging access to technology. The others are often cited as ways that new technologies can “transform” what we’re doing. But this point you make is particularly interesting. If I understand it, this means the following:
4) “Other devices accomplish similar tasks.” If other devices accomplish similar tasks to the iPad, then why should we pay for the iOS devices in schools if they are less expensive? Shouldn’t we start out with the more important question of how we are going to approach teaching and learning differently, then pick the device from that point? Assessment of an tech-based curriculum initiative becomes infinitely easier, no? The real sticking point I see is that the iPad does NOT accomplish similar tasks to its competitors (e.g. netbooks).
If the iPad brought us to the land of milk and honey, as well as made it possible to accomplish the tasks its competitors excel at, then there would be no complaint, no problem with embracing it as THE solution. Does the iPad do the tasks of its predecessors well enough? That depends on the learning objectives and processes put in place in a classroom.
5) “1:1 access for K-12 should be the goal.” Hmm…if one to one is the goal, the altar upon which all other concepts are sacrificed, then we need to plan for scale and breadth. I need to first decide what we need to be able to accomplish instructionally, what we can support and afford within K-12 settings, then select the device that’s appropriate. If you study the numbers, though, no one will ever be able to afford the iPad because it means excluding everything else.
Help me think different…make this your iPad wallpaper, take a picture of yourself holding it, and send it to me!
Get Blog Updates via Email! 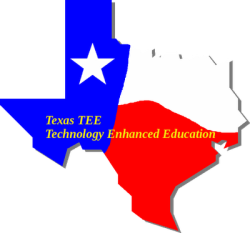